In this post, we look at the difference between a drone and an RC plane.

A Radio Controlled Plane often called an RC Plane or RC Aircraft is a small flying machine that is usually controlled remotely by an operator on the ground with a hand-held radio transmitter. The transmitter sends signals to a receiver within the aircraft or plane which moves its control surfaces (rotors in a helicopter and flaps and tails in a fixed-wing plane) based on the position of the joysticks on the transmitter, thereby allowing the operator to change directions of the aircraft while flying.

When compared to an RC plane, a drone is more specialized in the way it is controlled and in its applications. A drone may be free of external control or capable of flying autonomously and has the added benefit of being designed to be more easily maneuverable than an RC plane. Further, drones are currently sophisticated enough to carry varying loads (depending on its use) and cameras while still being affordable enough to be used safely in risky environments.

In this article, we will focus more on the significant differences between a drone and an RC plane.

Though RC planes and drones belong to the family of RC planes, the way they are put into use varies greatly.

Radio-controlled planes or aircraft are primarily used for leisure and sporting activities.

This is evidenced by the fact that most RC planes are made of relatively cheap materials such as Styrofoam and cardboard, thereby allowing users to construct one, even at home.

Having said that, there are certain applications for RC planes by scientists and engineers if they are designed and built in a sophisticated manner, namely:

The sophistication of drones while still being affordable in addition to its higher maneuverability compared to RC Planes and RC helicopters, allowing drones to be used by multiple industries across the globe, including:

Essentially, no, there are no differences as RC planes and drones are both regulated by the same authorities, and most countries govern the use via the national civilian aviation authority.

These regulations and restrictions on RC Planes and aircraft include those for non-commercial purposes. i.e., an individual who chooses to fly certain types of RC Planes would need to check with the national aviation authority on the types of licenses and approvals required to allow the use of these aircraft.

For example, in the United States of America, radio-controlled aircraft and unmanned aircraft, including drones, may generally be subjected to regulation by the Federal Aviation Administration, Federal Communications Commission, National Park Service, State, and Local Governments, and Academy of Model Aeronautics.

Similarly, in India, there are certain conditions for using the frequency band in which the aircraft will operate while a user would require a license if he/she is to make his own aircraft.

Differences in the engines used

Once again, there are no differences as the type of engine used in an RC Plane or a Drone, depends on its applications and requirements. Most aircraft need a power plant to drive them, except for the glider.

Another popular form of motor or engine would be electric-powered drones – typically with Lithium polymer batteries – which are considered cleaner for the environment while they also reduce the cost and weight of the components, thereby making them more efficient.

Differences in the way of control 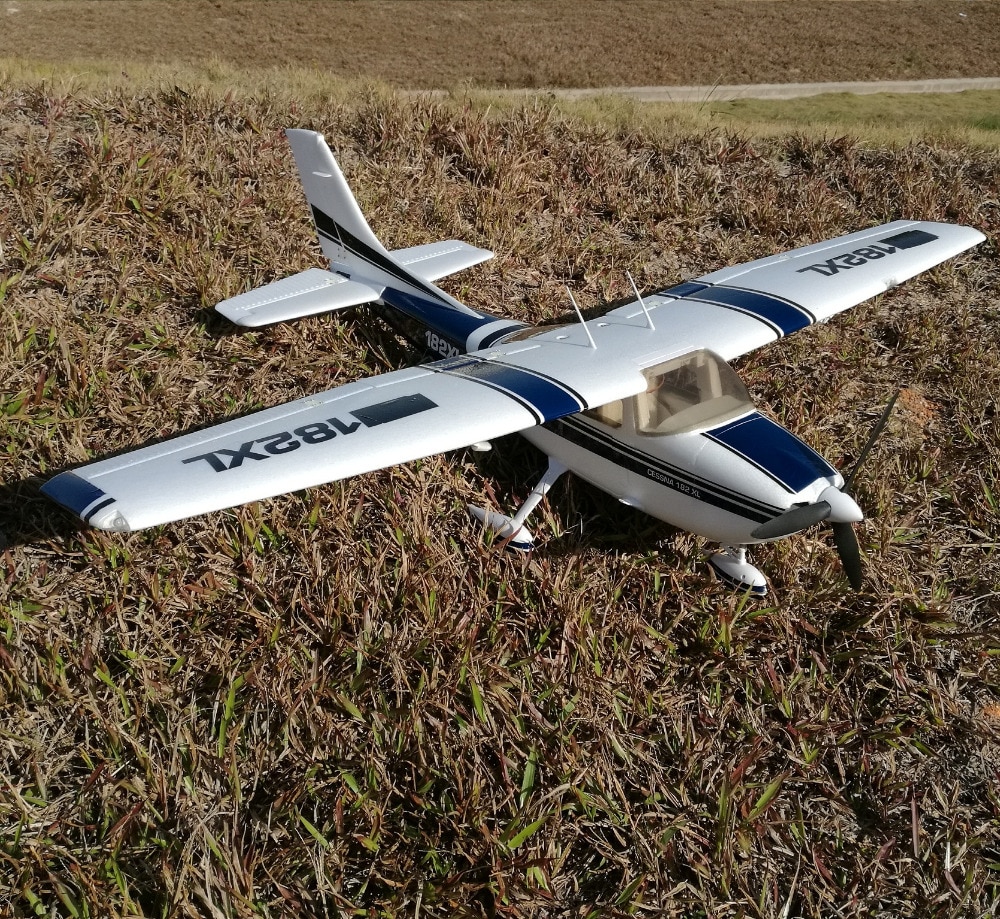 The way RC planes and drones are controlled is very different.

For instance, an RC plane needs someone on the ground to control it while drones can fly autonomously and without the need for external control.

Similarly, more sophisticated drones, such as the ones used for military purposes, need a Ground Control System (GCS), also known as a Ground cockpit.

Differences in the way they are built

As mentioned in the earlier sections, RC planes are primarily used for recreational activities. Whereas drones are used for both recreational and other vital purposes.

In the majority of cases, RC Planes are quite flimsy machines built from cheap materials, although there are exceptions.

While drones are built from a sturdier material, and this is generally reflected in the price of each.

Therefore, while drones are more sophisticated machines, they also have the advantage of being more maneuverable and steady than RC Planes making them easier to control than RC planes.

In general, RC Planes are cheaper (especially in the lower price range) while their uses are limited (leisure and specific experiments).

Whereas, a drone is for users who want more than to merely see their device flying as they are more sophisticated in build and design, thereby allowing drones to have more applications from entertainment and movie industry to industrial and military purposes.

Are drones and RC helicopters the same?

Technically, both drones and RC helicopters belong to the family of RC aircraft. Typically, the most common difference between a drone and an RC Helicopter is in the number of rotors.

A drone is usually found as a quadcopter, which means it would have four rotors, which allow it to be very maneuverable. Meanwhile, the RC Helicopter has one rotor or in some cases, two rotors at most.

If all factors are similar, users would generally find an RC Helicopter to have a better battery life, which is expected, considering they have fewer rotors. However, the drone is generally more stable in flight due to its four rotors and thereby more maneuverable than RC Helicopters even in the lower price range.

Drones are easier to control than RC Helicopters while also having the added benefit of being able to provide better photographs from cameras that are mounted due to its higher stability and because drones can hold at a particular altitude for longer than an RC helicopter.

An argument can be made that RC helicopters are more fun to operate than drones, although that depends from one user to another. Further, due to cheap materials used for construction, RC helicopters at the lower price range are generally less expensive than drones.

How are drones classified?

Unlike RC planes where the sole purpose is for recreation and small-time weather analysis, drones have a broad spectrum of applications. Drones come in a variety of sizes, with the largest being used for military purposes.

The smaller variant which needs only a shorter runway are called unmanned aerial vehicle, and these are primarily used for recon, geographical surveying, and so on.