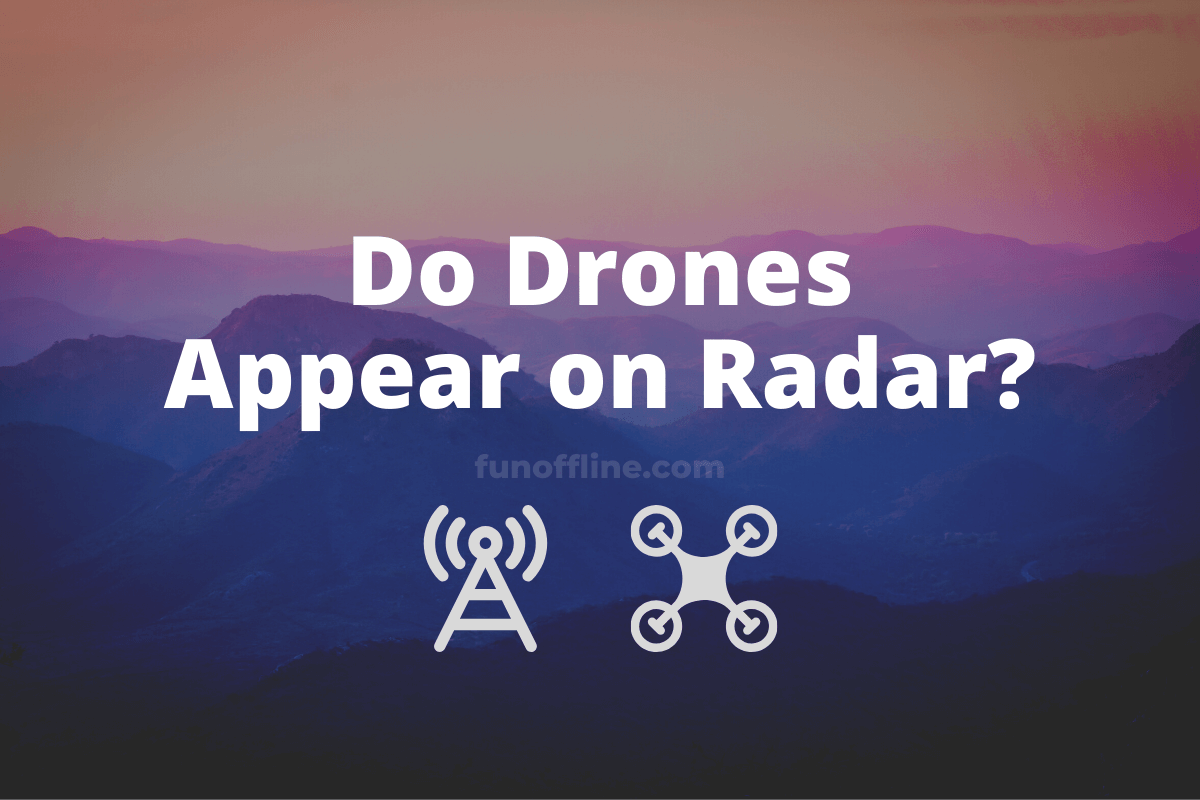 Drones are becoming so popular that new laws and regulations are emerging all the time. The aim is to regulate how and more importantly, where drones are used.

Every drone owner will tell you that there are some completely safe zones and others that are off-limits. With that being said, if there is an airport near you, you may be worried about your drone appearing on its radar.

So do drones appear on radar?

Drones can show up on RADAR.  For a drone to show up on the RADAR, a few requirements need to be met

Drones can also be detected by monitoring the transmitted signals to and from them.

This subject is a rather tricky one and can leave many people with even more questions. If you are interested in finding out more, read on.

When Do Objects Appear on a Radar?

To paint the whole picture, let us first take a brief look at how radars work, what objects appear on them, and why.

The word radar is actually an acronym that stands for Radio Detection and Ranging. Just by that, we can already make some assumptions.

Radars work by transmitting a signal in a particular direction. When the signal meets an object, it reflects off of it, and the radar receives this reflected signal. When that happens, the object that has reflected the signal back to the radar appears on the radar.

Judging by the time it takes for the signal to return the distance between the radar and the object is calculated.

What Objects Appear on the Radar? 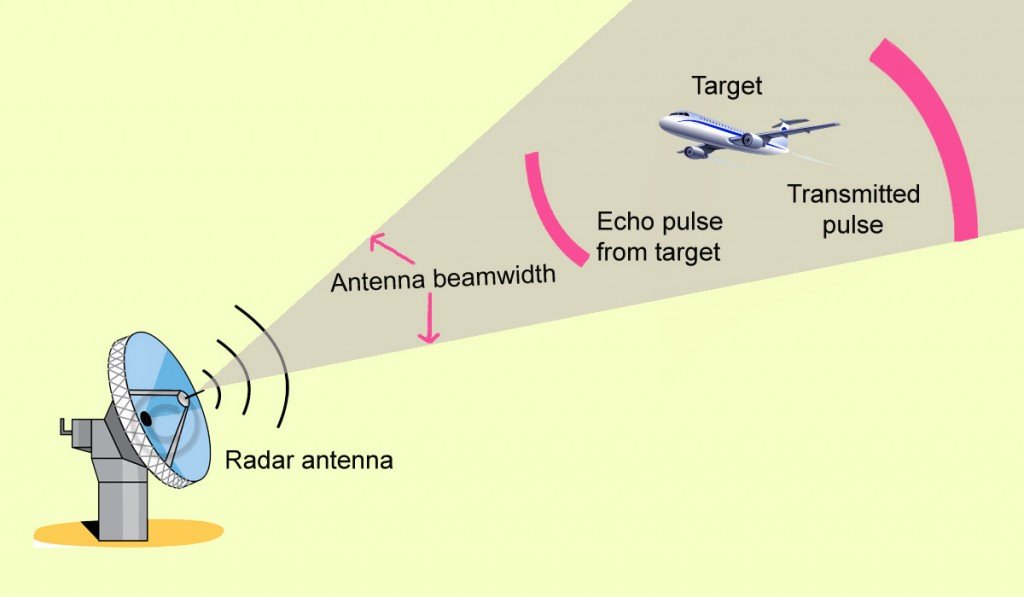 Radars that can run on a higher resolution consume more power but can provide a lot more accurate and detailed detection.

With radars that are dialed up to use very high resolution or frequency, you will be able to see almost anything like:

Technically speaking, almost everything can show up on a radar. However, the question is whether that is desirable or not. Too much clutter appearing on radar can pose some problems and dangers; thus, frequently radars are designed to ignore certain objects.

Can Small Drones Appear on Radar?

Depending on how the radar has been configured, many smaller objects can be considered as noise or clutter and therefore be ignored.

But radars that have been designed to work at higher frequencies will be able to detect very small objects. However, they may not be able to tell exactly what kind of an object it is.

Some radar systems, like the one produced by Aveillant, can detect objects (and drones) that have a radar cross-section (RCS) of just 0.01 m2.

Some of the more popularly used drones usually have an average RCS of about 0.01 to 0.02 m2. For comparison, birds, in general, have a radar cross-section of about 0.01 to 0.001 m2. However, the biggest problem when detecting such a small object is whether or not it is a drone or a bird.

What Is A Radar Cross Section?

When considering how likely it is something to appear on radar, we need to examine its radar cross-section.

RCS is a measure of detectability. Simply put, the higher the RCS, the easier it is to spot the object. RCS does not necessarily correlate with the actual size of the object; it simply measures how much signal does it reflect back to the radar.

For example, a B-2 stealth bomber is considered to have less RCS than a drone.

Different aspects of an object determine its RCS like the materials, size, and design, to name a few.

An interesting fact is that radars are not always able to discern the real size of the flying object. So two objects that have the same volume, but different shapes can show up differently on the radar.

However, airports can be equipped with different types of radar systems that may be able to locate a drone that is flying in their area.

With that being said, airports are one of the restricted areas where drones should not be used. Flying a drone over a restricted area can result in legal repercussions, and it should be avoided.

Do Military Drones Appear on Radar? 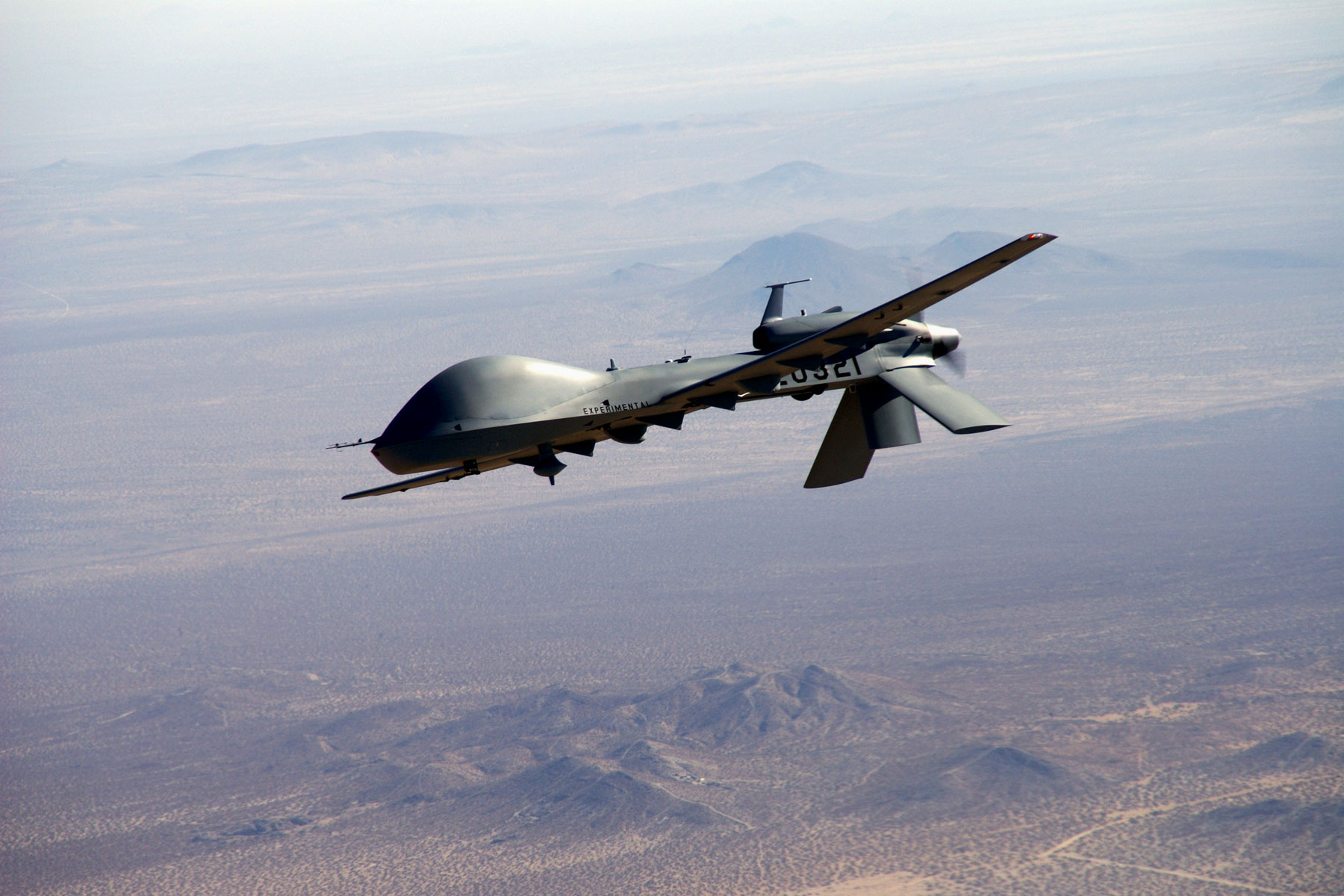 Do Drones Appear on a Ship’s Radar?

A whole different ballpark can be ship radars because ship radars are frequently designed to detect almost everything. Many fishermen use their boat radars to locate birds (as this leads them to fish). However, these radars may not always have the necessary resolution to detect a single bird.

On the other side, drones are definitely not small feathery animals.

With the steady increase of drone users, it was only natural for manufacturers and the authorities to seek out a way to detect and locate flying drones.

As you now know, radars may not be the best way to keep track of and detect drones.

This is why DJI has recently developed a new drone detection and monitoring radar system called DJI AeroScope. This system can detect and monitor almost all types of drones. It does that by observing the communication frequencies, the drones operate within.

That way, the DJI AeroScope system can locate a drone in just 2 seconds and collect different data such as its flight path, drone status, and more.

How Far Can a Radar Detect a Drone?

Radar systems work in different ways. Technically radars can detect objects hundreds if not thousands of miles away.

There is an interesting story of how one of the first radar systems actually produced a false alarm after detecting the moon, which is more than 230,000 miles away.

However, what affects how far a radar can detect a drone depends on the radar cross-section of the drone and how the radar has been adjusted to work.

The DJI AeroScope radar system can cover and monitor areas up to 31 miles (or 50 km). There are both portable and stationary AeroScope systems available. The portable system has a smaller range of up to 3.1 miles (5 km).

And the highly accurate radar systems manufactured by Aveillant can detect small flying objects up to 3.1 miles (5 km).

When a Drone Will Not Show up on a Radar?

You already know that the radar has to be designed and adjusted to look for smaller and slower-moving flying objects. If the radar is not running on high enough frequency, it will not be able to detect drones.

Additionally, drones can be made so small that the radar will not be able to get a consistent and reliable reading on them.

Not just the overall size and dimensions of the drone, but its design can affect its radar cross-section.

However, here, in general, we are talking about extremely small drones. For example, drones like the SKEYE Nano 2 or smaller models will probably be very hard to detect by a conventional radar system.

The material the drone is made from can also interfere with the radar’s capabilities. Materials that do not conduct electricity usually do not reflect the radar signals well.

Another reason why a drone may not show up on the radar is if it is masked by the physical characteristics of the terrain, land, or the weather echoes.

Thunderstorms, oceans, land all cast echoes that can interfere with the capabilities of certain radars. In other words, a drone may get masked by these echoes. In this case, Dopper radar systems perform a little better in detecting flying objects.

If the drone is not in the radar’s direct line of sight, it will not appear on the radar.

So technically a drone can fly under the radar, so to speak. If there is another object between the radar’s signal and the drone, the drone will not appear on the radar.

A mountain or a building, to name a few examples, can block the signal transmitted by the radar.

The earth’s curvature can achieve a similar effect as it can block parts of the radar’s signal.

Conversely, there are other types of radar systems (over-the-horizon radars and tethered aerostat radar systems and more) that can cover a wider area and not be obstructed by the earth’s curvature or terrain features.