Up until the beginning of this year, flying drones commercially at night was not allowed. Then, the US Department of Transportation issued a rule that made night flying a possibility. While the new rule allowed the drones to fly during the night, it also placed restrictions on the operators that could. This meant that flying drones at night was much more restrictive, and not just because of the lighting conditions.

As recreational flyers, citizens of the US have complete autonomy when flying their drones over public spaces. Aside from registering their drones and following the FAA guidelines, they don’t have to worry about anything else.

However, when flying drones at night, you’ll have to pick out specific drones. Here are the characteristics that you need to look for in night flying drones.

What to Look for in a Drone for Night Flight

The first thing you need to look for is a precise obstacle avoidance system. You will be stumbling around at night, without a doubt.

No matter how precisely you’ve scouted your location, you will likely miss your mark at times. That’s just what darkness does.

Hence, to prepare for this, stick to the drones with the best obstacle avoidance features. They will avoid most trees, telephone poles, and other obstacles.

Secondly, make sure you get a drone with a precise GPS signal. This will help you find the drone when it’s lost. You’re more likely to lose it during the dark than during the day.

Also, choose a drone that has a long-distance flying range. This isn’t necessarily because you’ll be flying your drone far from your location. Having a long flight-range automatically means that the drone will have a good signal reception.

The drone should also be compact and easy to carry. Having a foldable design is great for night drone flying. This is for the obvious reason that you can bump into more things at night. Hence, it’s better to travel light and small.

This isn’t a hard and fast rule or anything though. If you have the equipment to carry heavy drones, you should be fine. For amateurs and beginners though, you shouldn’t bother with large drones anyway.

Know the area that you’re going to be flying in. It’s a bad idea to go in blind and find your way through an area in twilight or darkness. It’s best to scout the area where you’ll be shooting during the day. The best way to proceed would be to mark specific locations on Google maps to guide you later.

Also, remember to mark the specific dangers of the place you’ll be shooting in. If there’s particularly dense forest cover or obstacles in an area, mark it unsafe for drones.

If there are potholes and hurdles, then carry a torch with at all times to identify them at night. Make sure that the cellphone reception is active in the area. Don’t risk getting lost in a place without any cell service.

Make sure that front LEDs are off during night shooting. They’ll produce a red glow on your pictures and video.

An example of this is when you turn on the camera flash for low light shots and get red-eye. The front LEDs should be off without question, even in daylight shots. Better to shut them off by default on your drone.

With all that out of the way, let’s get to the best drones for night flight. 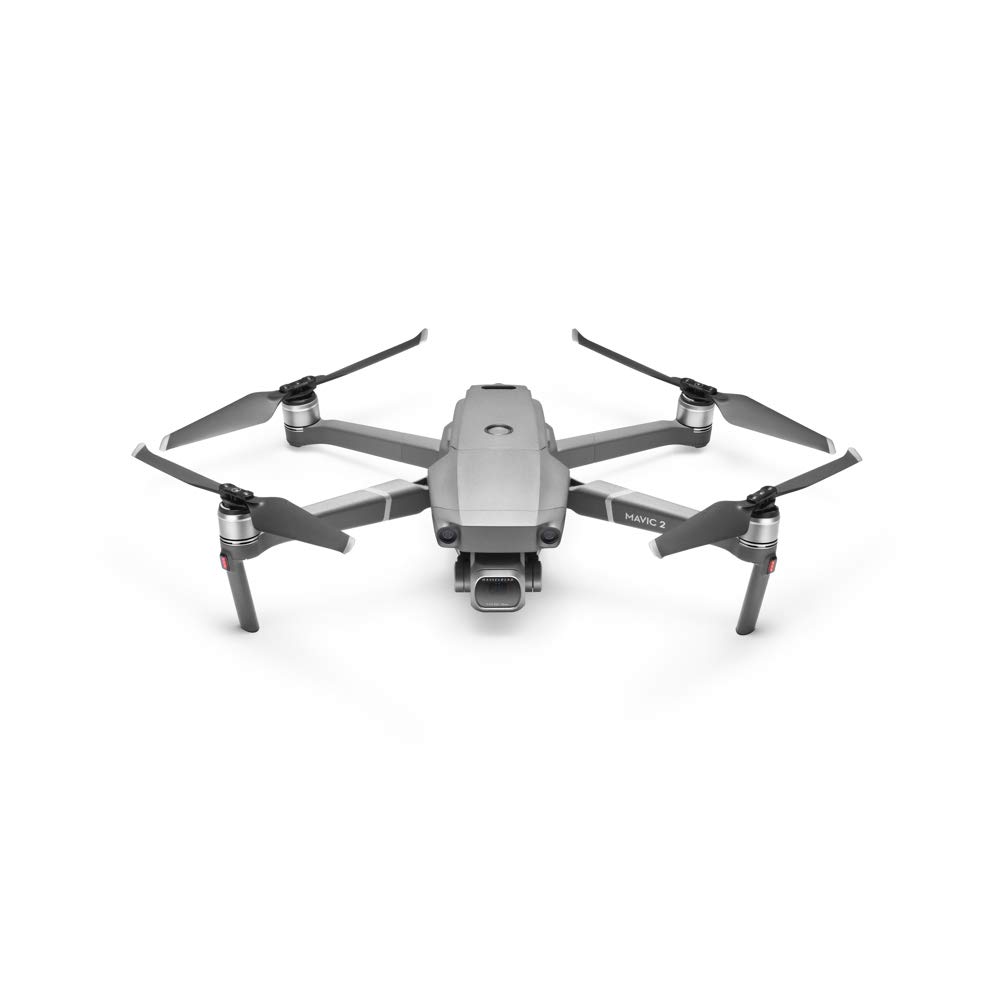 This drone has shown up in so many best-of lists that it’s becoming annoying now. Yet, it has earned its spot among the best drones for really anything you can think of. For night flight, it has all the right stuff.

It has a long-distance flying range, a flight time of 31 minutes, and leading obstacle avoidance. Not only can it detect obstacles within a few feet of itself and stop, but it can swerve out of the way.

The obstacle detection systems are also omnidirectional. This means you won’t have to worry about your drone being hit from the sides as well as the back. It also has a foldable design, which means that it’s ultra-portable.

To top it all off, the Mavic 2 Pro has 4K video recording capabilities and a 20 MP sensor. They both come in the Hasselblad 1” CMOS casing. So you won’t have to worry about the footage quality.

This model is much less expensive and can be thought of as the little brother of the Mavic 2 Pro. While it doesn’t have the best video recording capabilities, it is ultra-portable and small. It weighs much less than the other options on this list and can be folded up to the size of your hand.

Its obstacle avoidance systems and flight stabilization capabilities are without question. There is also an included controller. The 12-megapixel sensor may not take the best shots, but it won’t matter when you have actionable night footage.

The flight time for the DJI Spark is also an impressive half an hour. That, coupled with the impressive flight range, means you won’t lose it any time soon.

There is one undeniable caveat that you can’t forget, though, and that’s the lack of three-axis stabilization. If your drone does hit obstacles or shakes, then you won’t be able to shake the horizontal wobble.

Despite all that, it does tick all the boxes of being a fine night flight drone. You can carry it anywhere with you. It has a 30-minute flight time, and it provides you with a foldable design. If you don’t mind carrying a few extra battery packs, you’ll be fine.

This is the perfect drone for commercial as well as consumer tasks. It’s got the best of both worlds. It has a foldable design, which means it’s easy to carry at night. Bumping into obstacles at night is much less likely with a foldable drone.

The drone includes eight vision and two infrared sensors. All this translates into world-class obstacle avoidance technology. You won’t be running into any trees or telephone poles any time soon.

It also has DJI’s advanced AirSense technology on board. This helps pilots guide their drones away from constricted airspace and avoid obstacles. It also helps detect signals from nearby manned aircraft.

This drone is perfect not only for surveillance and for photography, but even for rescue missions. It even has alert sensors on board to signal when there are obstacles.

The flight is fantastic too, at a brilliant 31 minutes. That’s the most that you can get out of a drone today. It also has a top speed of 45 mph, which means that it can cover small distances in a flash.

The best part about this drone is its self-heating battery. For those particularly chilly nights when batteries can fail due to cold snaps, this bad boy heats its battery.

There is also impeccably designed lighting equipment on board the Enterprise. It has a bright flashing strobe light that is visible from three miles off.

It even has an M2E Spotlight and M2E speaker. The spotlight can shine as bright as 2400 lumens and supports surveillance and inspections.

This is perhaps the best night flight drone for commercial and recreational purposes that you can purchase today. 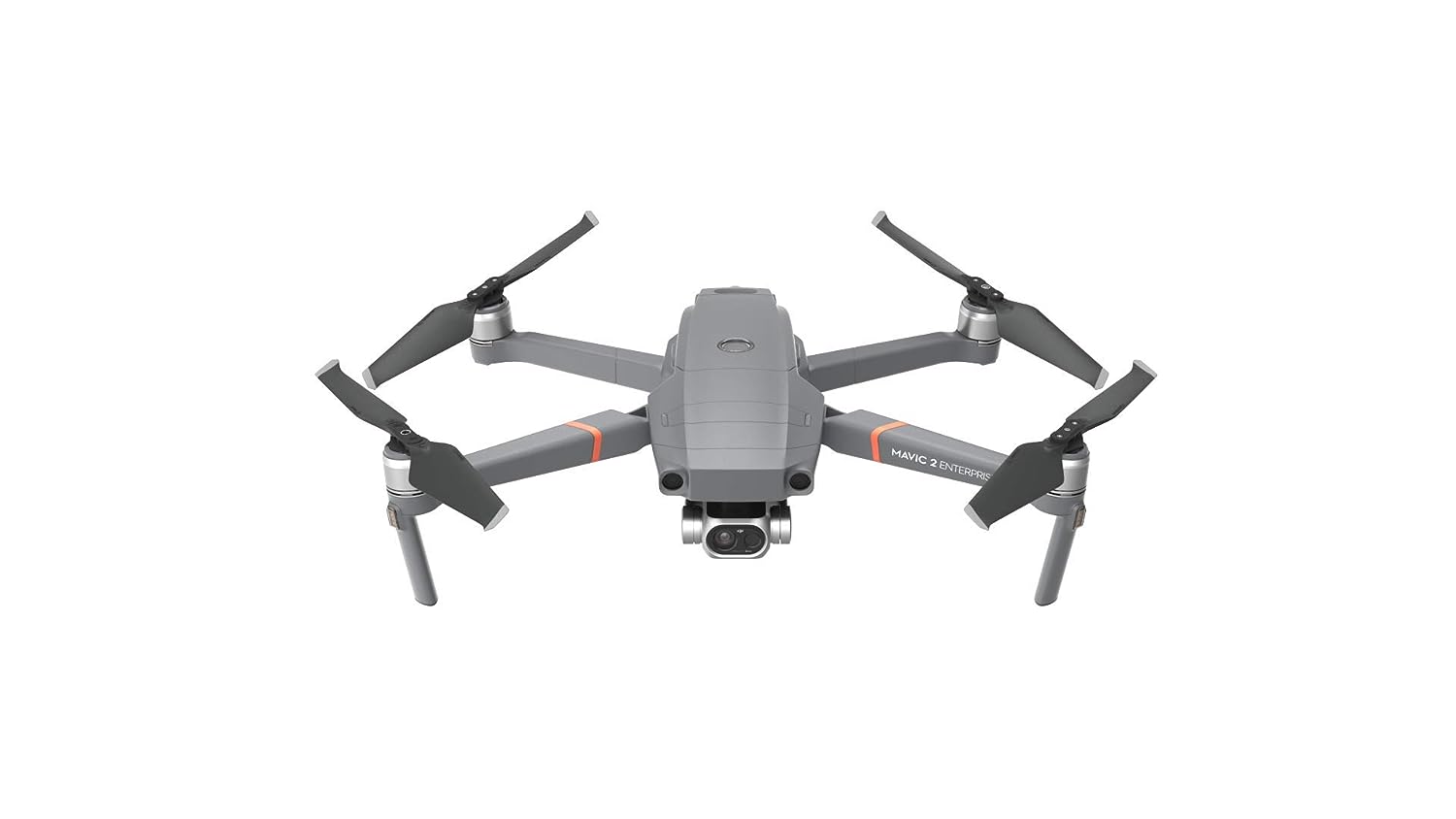 The DJI Mavic 2 Enterprise Dual is just an extension of the Enterprise. It adds a three-axis stabilized camera with a 4K sensor and thermal micro-cameras.

It improves on the Enterprise in this one regard and this regard only. Otherwise, it has the same great features as the normal Enterprise. However, that’s never a bad thing. You will just get better footage out of it and have none of the caveats that weren’t associated with the previous model.

Nevertheless, since that is an essential piece of equipment for a dedicated photographer, it is more than likely justified.

The DJI Matrice 200 V2 is not a small drone by any means. Despite that, the fact that it’s made to weather the rugged outdoors makes it a perfect night drone. It has a flight time of over 30 minutes and a flight range of 8 km. You won’t have any battery or signal problems with this drone.

It also comes fully equipped with anti-collision beacons and AirSense. Both technologies will help it avoid light to medium density forest covers and obstacle areas. It also sports something called TimeSync. This ensures that your flight controllers, cameras, payloads, and GPS modules are all aligned.

Hence, you have your stabilization, flight range, obstacle avoidance, and flight time. If you can stomach carrying a heavy drone around for some great night photography, this may just be perfect. If not, you may consider buying a special carrying case for this drone. Though it does look massive, it’s actually not that heavy to carry.

Can I Fly DJI Spark at Night?

Can You Fly Your Drone at Night?

The obvious answer to this question would be that it’s a very bad idea. Flying at night has obvious caveats including the lack of light and abundance of threats. However, you can technically fly your drone during the night if it’s for non-commercial purposes. Even then, there are strict rules for flying. Generally, if you can film in the day, you should stick to that. However, there are specific conditions and rules under which you may fly a drone during the night.

As a hobbyist, you can fly drones at night. You don’t need a license, but you do need to adhere to some basic rules. These are all listed on the Federal Aviation Administration’s website. These will help you prevent from crashing the drone and prevent you from getting in trouble with the law.

These rules include flying the drone below 400 feet (Class G Airspace) and registering and labeling the drone. All the rules are listed here.

At the beginning of 2019, the Department of Transformation issued a sweeping reform that allowed commercial operation of drones at night. In spite of this, there were specific rules enforced to make sure no accidents or disturbances would be caused.

These rules specify that you can only fly a drone at night after getting appropriate training and passing rigorous tests. The rules also mention that you can only use drones that are specifically equipped with anti-collision lighting.

Since the passing of the reform, thousands of waivers for drone operations during the night have been issued. No incidents or accidents have been reported yet.

So the answer is yes, you can fly your drone at night, but there are specific tests you must pass. Hence, if you want to fly drones during the night, you will have to stick to tight regulations. Keep in mind that these rules are for your safety and maintaining calm throughout the neighborhood.

The drones outlined in this article are all designed specifically for photography and obstacle avoidance. While some may not be particularly designed for night photography, they’re more than equipped to handle it. Whatever you end up buying, remember to practice, adhere to the rules, and have fun.