Photogrammetry is the practice of mapping an environment in 3 dimensions, and it can be done by drones that map out an aerial view of large areas. This practice comes in handy for farming, property surveys, land surveys, etc. it’s beneficial for those in civil engineering, land development, and scientific surveys. It’s strictly not for the recreational user.

Hence, the best drones for photogrammetry need to be fully equipped. Drones that can fit in the palm of your hands won’t work. Any bargain bin knock offs are strictly off the table. These drones are the very best in flight, stabilization, and image capture.

Features in a Photogrammetry Drone

The first thing to consider is whether the drone is a multi-rotor or fixed-wing one. If you want to map environments well, multi-rotor drones are the best for smaller areas. They have excellent VTOL landing capabilities and take photos of the exact place you need. If you want to map bigger areas, you’ll need more battery power.

Fixed-wing drones are more efficient flyers so they can map bigger areas. Due to their flight efficiency, they can make do with smaller batteries. However, they’re not ideal for mapping out small and precise areas, or detailed maps.

Cameras are, of course, significant when mapping out areas. Shooting in anything less than 4K or with a sensor smaller than 20 MP is a waste of money. Photogrammetry is about the accuracy, not flare. You can’t make do with 5 MP shots or a full HD video recording.

Flight range and GPS tracking are also pretty significant for photogrammetry, and they ensure that you can track the drone despite its location. Tracking the drone over miles can become pretty arduous if you don’t have long-distance flight range. So make sure that any commercial drone you get has these features included. 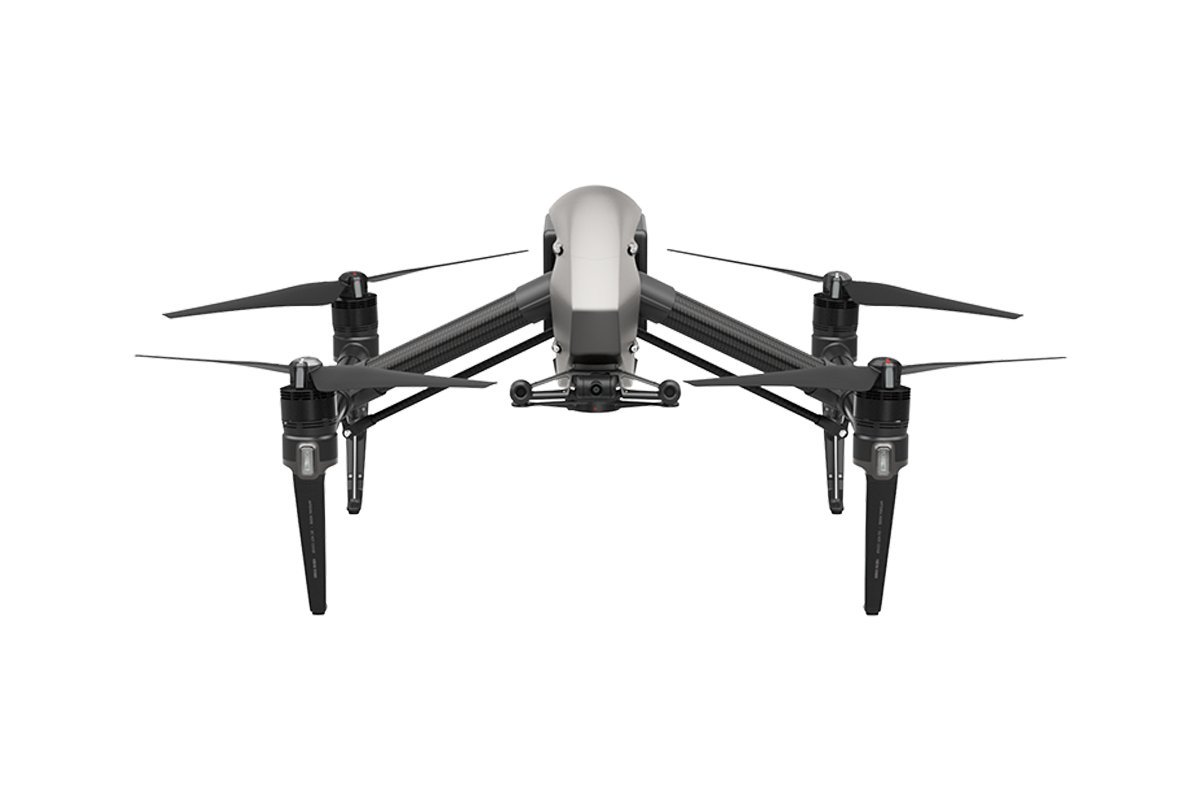 The DJI Inspire 2 is among the most expensive photogrammetry drones out there. Good thing that it also happens to be one of the best drones for photogrammetry too.

The drone also sports a 360-degree rotation capability, which makes it one of the best drones for mapping environments. The DJI Inspire 2 has an intelligent control system on-board, which can help you maneuver it as well. It also has a multi-rotor design, making it ideal for small environment mapping. For larger environments, you may have to get something else.

Other features for this drone are on point. These include but aren’t limited to the flight time of 31 minutes and the flight range of 4.3 miles. 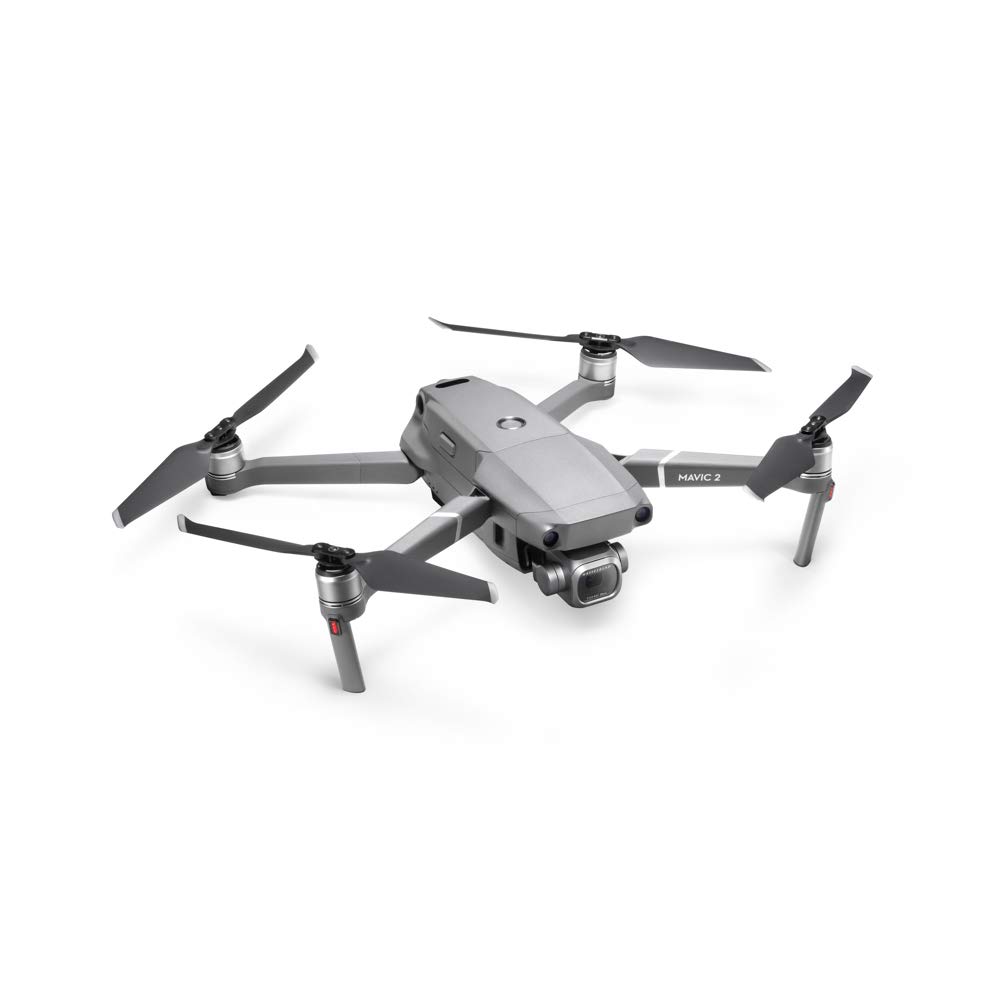 For many, this is the best drone out there. It’s got all the best features you could ask for in a drone. The camera, the flight time, the flight range, and the stabilization are all perfect. It’s ideal for environment mapping as well. Since it has a multi-rotor design, there is room to record great detail.

Due to the 4K recording and the 20 MP Hasselblad camera on board, you can shoot in RAW and JPG. This will help you capture the smallest of details of the area you’re mapping. The drone also has a multi-rotor design, which means you can map small areas very effectively.

The high price tag may put a lot of people of, but don’t let that deter you.

The DJI Phantom 4 Pro is the stuff of legend for many video bloggers. However, it’s also competent when mapping out environments. Its camera can shoot 4K video at 60 fps and 20 MP still images. It can also avoid obstacles nearly 10 meters away and has omnidirectional sensors for the perfect flight.

The stabilization system onboard ensures no shaky footage or blurry photos as well. The flight time of over half an hour makes it so the drone can map precise details of small areas.

The Phantom 4 Pro has a multi-rotor design that is perfect for mapping small, specific areas. It also has a flight time of over half an hour, which means that you’ll be able to map out large areas if you want to. The multi-rotor design helps hover over precise positions and map out areas that need precise mapping.

In-flight vibrations are also reduced due to the three-axis gimbal pre-installed into the design. Furthermore, there is a subject-recognition system that allows you to capture specific details.

The only downside of this drone is the price. It costs much more than the average drone, but then you’re getting this for commercial purposes. You probably expected a high price. 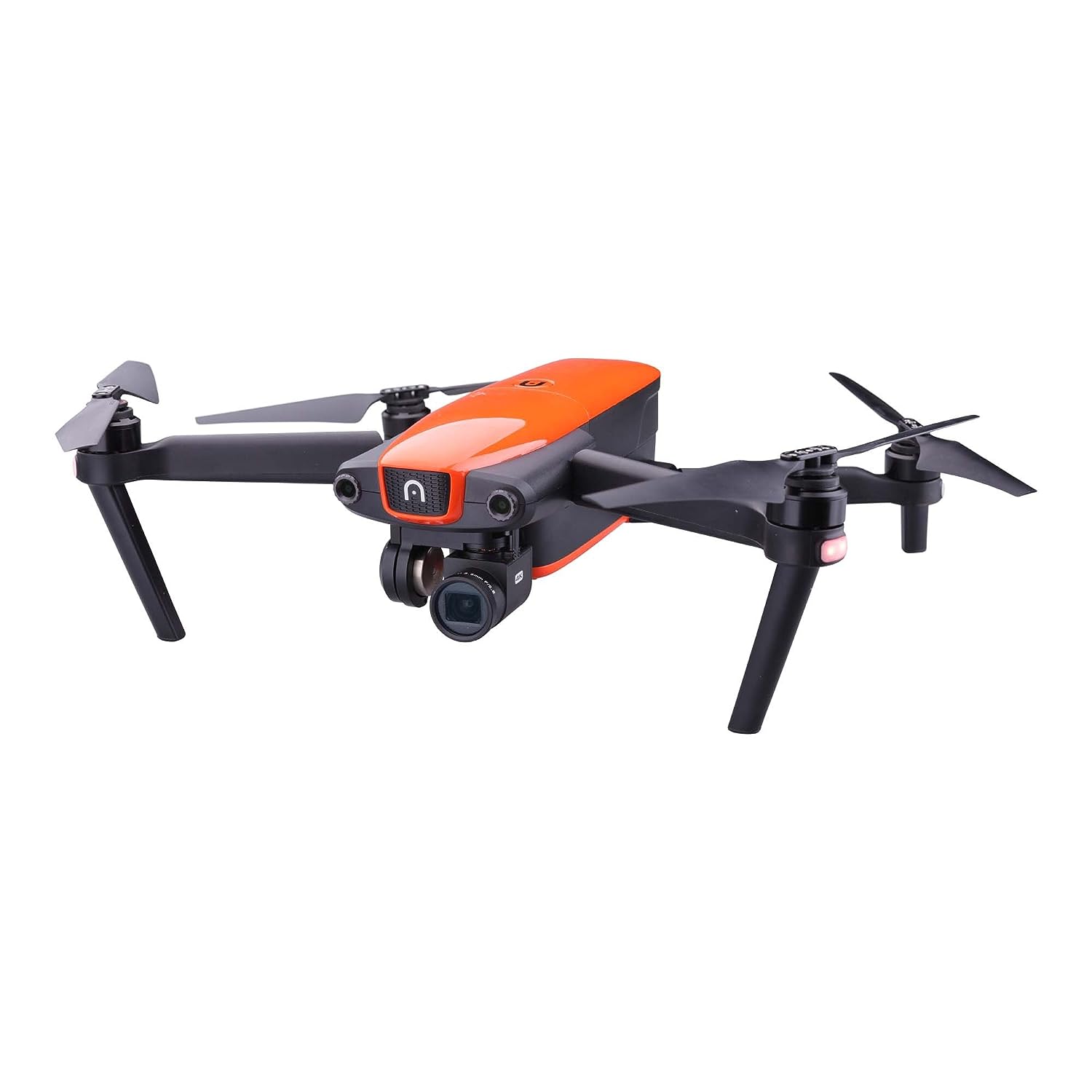 The Autel Robotics EVO has a multi-rotor design, a sturdy build, and can record 4k video at 60 fps. It also has expandable memory to shoot more footage and a very capable obstacle avoidance system. The price, which hovers around a grand, is right on the money.

The feature-rich drone can accurately map small areas. It is also a drone that is well-designed to take blows if it crashes into neighboring obstacles.

While this drone is often thought to be a smaller version of the Mavic 2 Pro, it’s much more than that.

It’s a small drone that can fold up and fit into the palm of your hand. Yep, you heard that right. The drone is lightweight, precise, and capable of shooting detailed images.

The battery life allows it to fly for about 12 minutes, which is fine for a drone, this size. If you don’t mind carrying a few extra batteries, you should be fine.

The flight range is minimal, though, so you’re better off shooting aerial views of nearby areas. The stabilization system works wonders if you’re shooting on windy days. 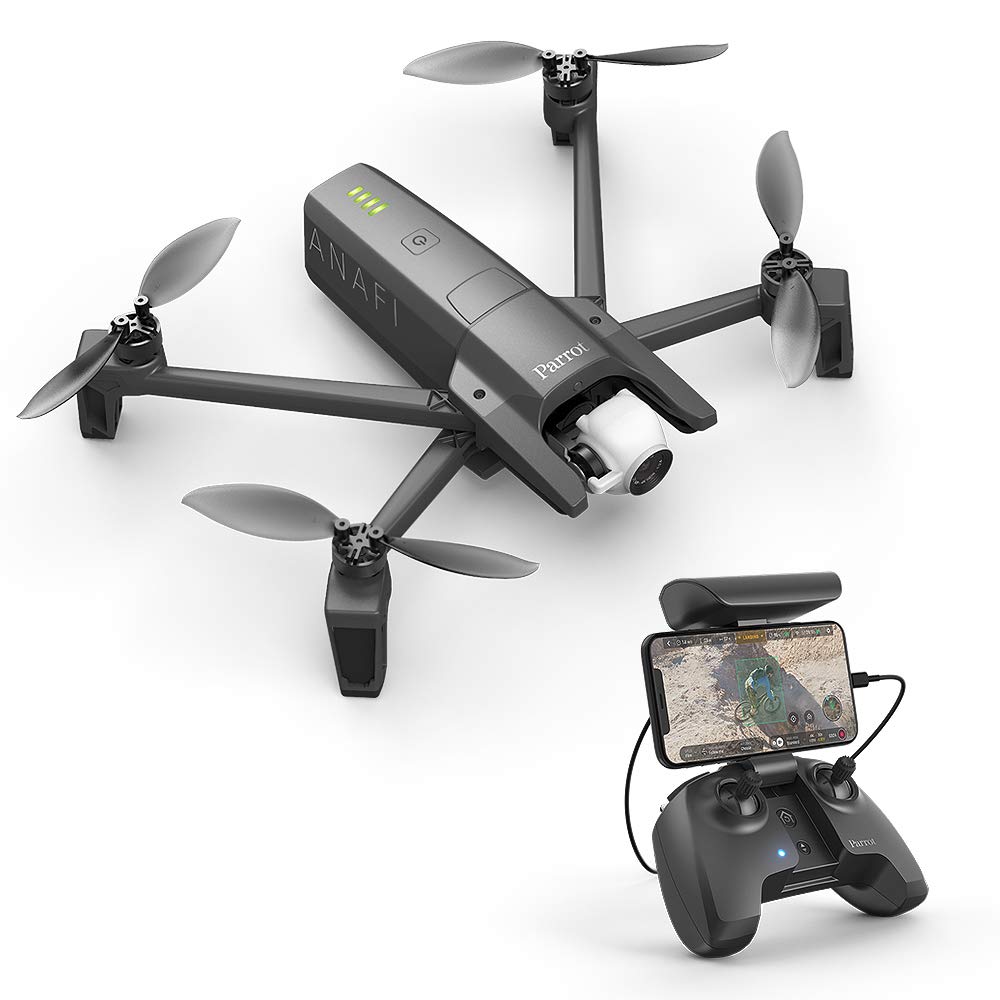 The Parrot Anafi also has small dimensions, though not as small as the DJI Spark. It has an impressive camera sensor that can record 4K at 60 fps, with built-in support for HDR. It also offers a still image capture of 21 megapixels.

To top it all off, it features a 3X digital zoom, which is very useful for capturing tiny details.

The large battery o the Parrot Anafi can keep it in the air for about 25 minutes. That’s up there with the best battery times for any drone. It also features a good stabilization system and is pretty user-friendly.

The best part about the Anafi is that you can pilot it with your smartphone if you want to. The price of the drone is also affordable. 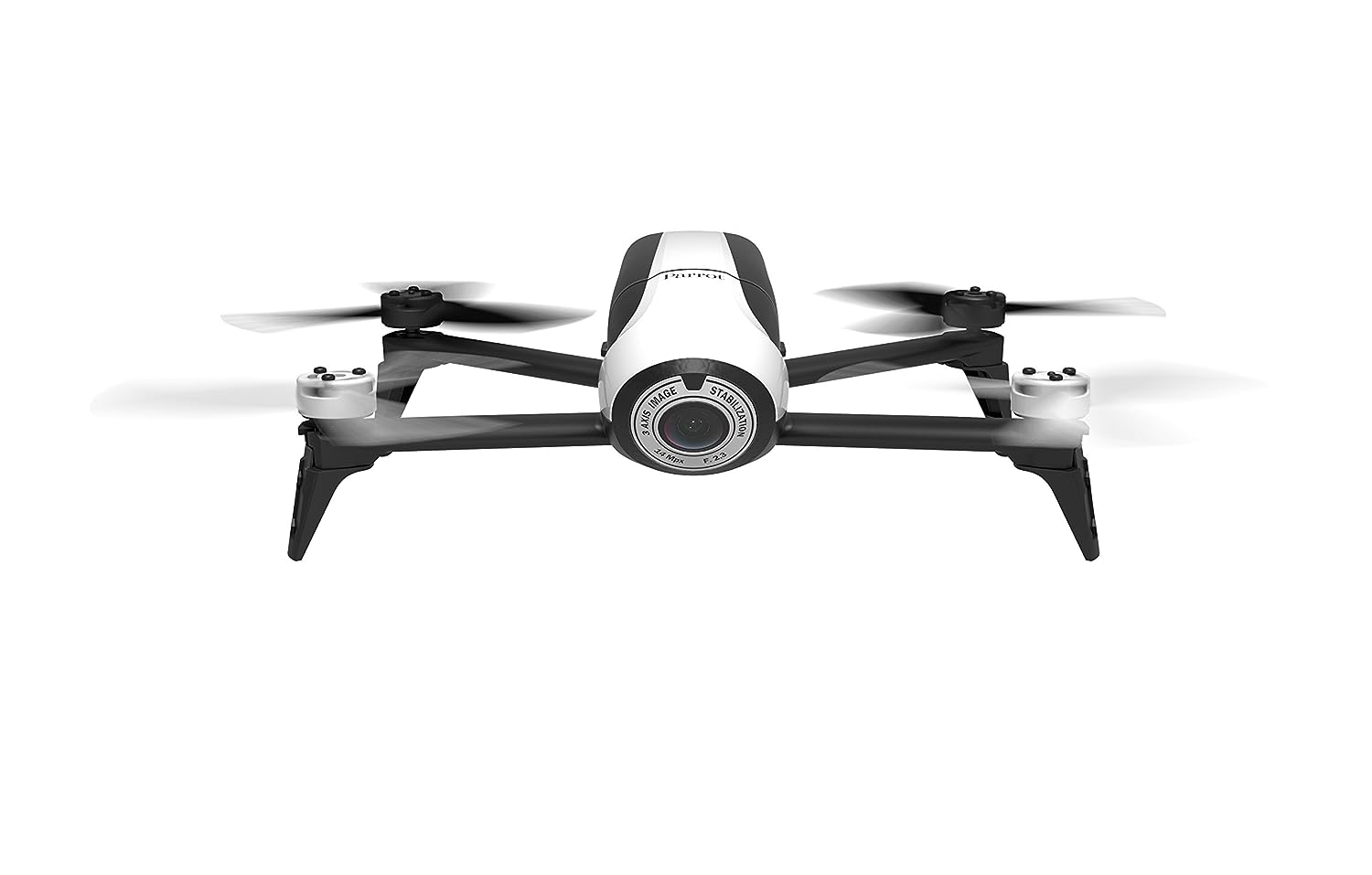 The Bebop 2 can be controlled by your smartphone or tablet and has a great camera installed. It also has wide-angle optics and software stabilization. It has first-person view capability, which gives it the ability to map detailed 3D environments.

It has a flight time of 25 minutes and can zero in on specific details due to its multi-rotor design. The lightweight of the aircraft allows it to run for longer than 25 minutes in some cases when you use it in spurts. If you can carry a few extra batteries with you, then this is the perfect photogrammetry companion. 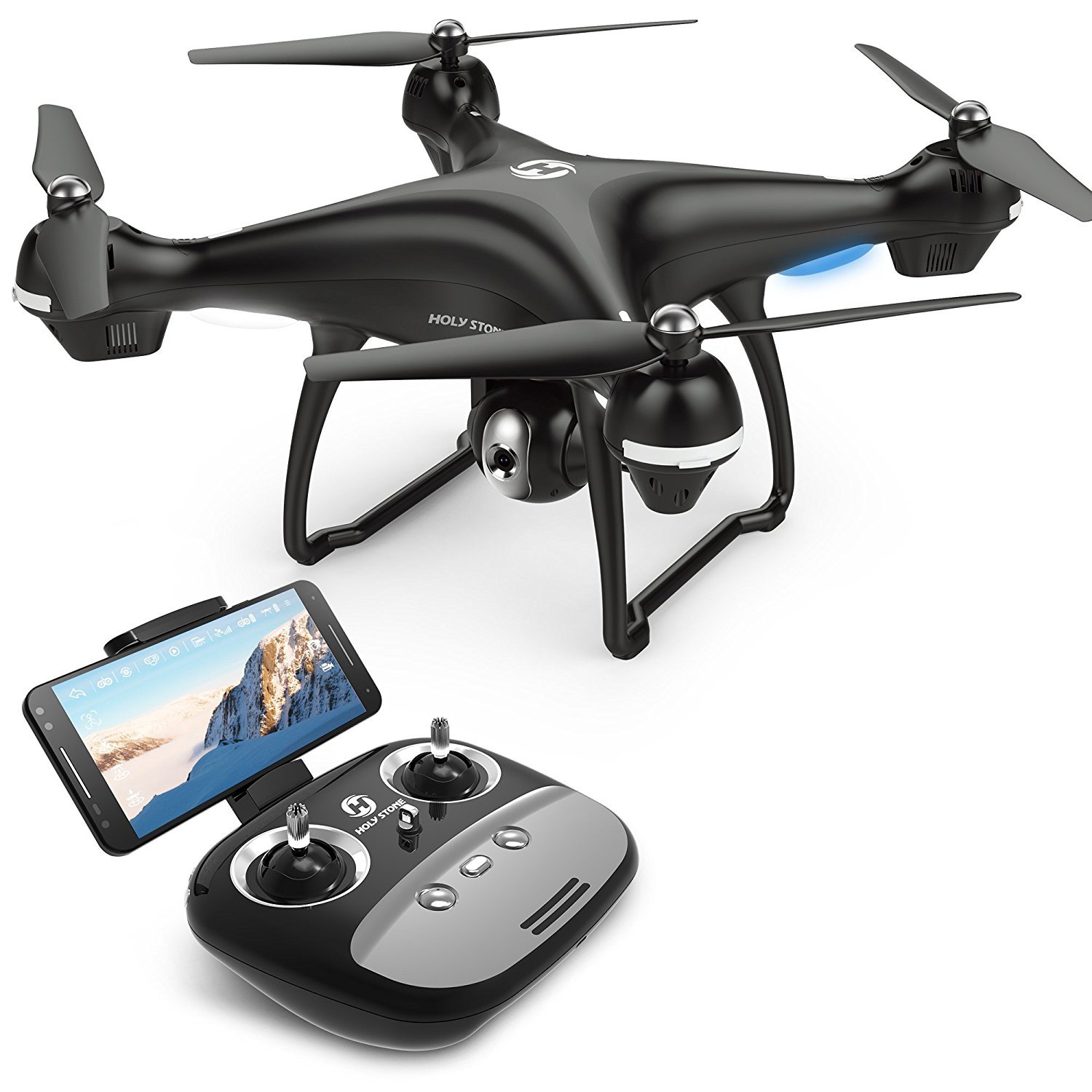 The Holy Stone HS100 is a much larger drone than the others on this list. However, it’s got great value for money. The GPS tracker included in the Holy Stone HS100 offers a one-key return feature. It also includes a follow me mode and an intelligent battery. All these capabilities help you control it better.

It also sports a pretty good camera but doesn’t have a long-distance flight range. Its flight time is around 15 minutes, and it comes with extra landing gears.

While this isn’t the best mix of features, the price tag makes it worth it. You won’t get a photogrammetry drone capable of detailed mapping at this price.

It’s a beginner drone through and through, but also serves the purpose of professional mapping pretty well. 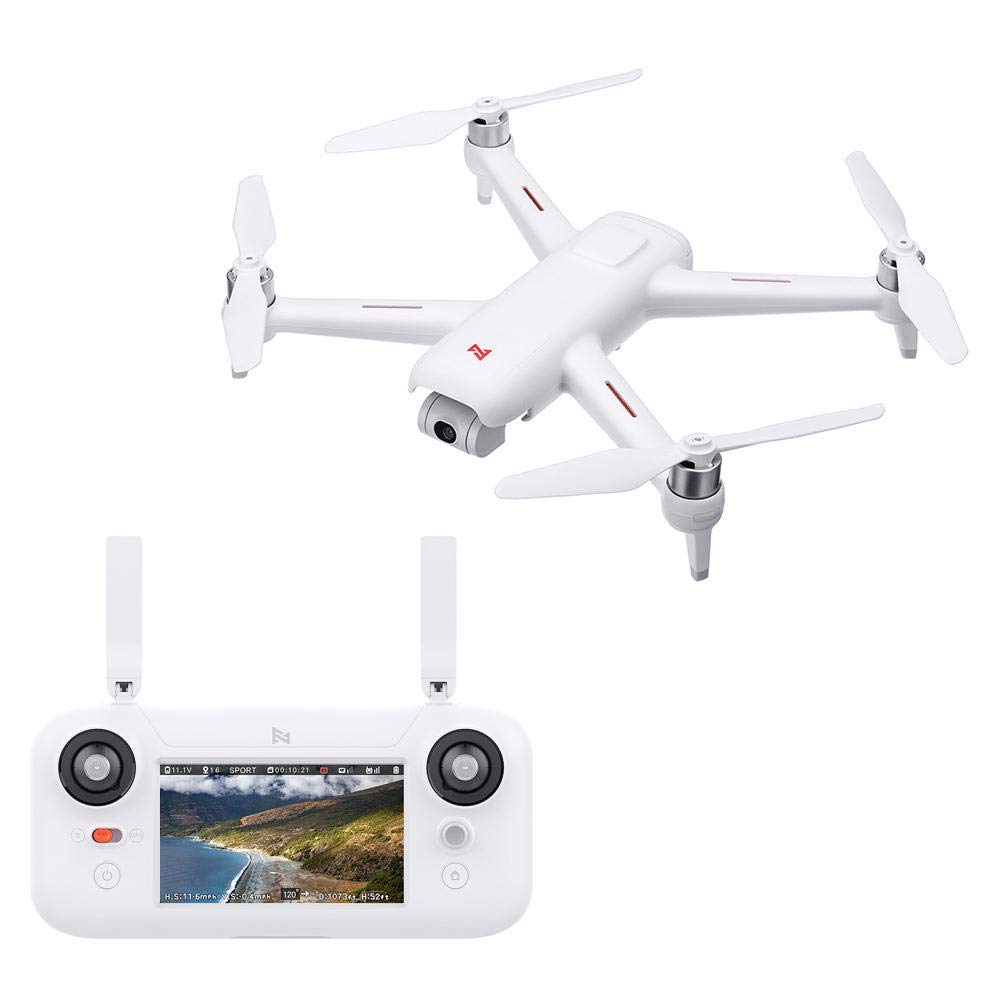 Xiaomi is a company that has differentiated itself by making very cheap products that are knock offs of the real thing. They did this with their knock offs of the iPhone for a long time, and then with their earphones. However, now they’re producing all manner of technology including drones.

A few years later they have really come into their own for making cheaper, durable products. The Xiaomi FIMI A3 is just another part of that incredible evolution that produces great value for money.

The Xiaomi FIMI A3 has a controller that comes with it and doesn’t just rely on a smartphone app to control the drone. Its recording capabilities don’t go beyond the 1080p 30 fps mark, but they get the job done.

It also has a small range, but you to stay close to your drone in order to get the job done. Its 1 km range makes for excellent small range photogrammetry.

Its multi-rotor design also stabilizes it for short-range photogrammetry which means you can accurately map out small areas.

The controller for the drone has a small screen built into it so you can see exactly where you’re going. You can even pair it up with your phone if you need to.

It also comes with a 14 V charger and 3 Lithium Polymer batteries worth 2000 mAh each. This gives you a flying time of over 25 minutes, which is excellent. This is one place where the drone really shines since it comes with everything in the box needed for operation.

For beginners, there is perhaps no better drone. It’s for those that don’t want to spend a lot of money and just want to get a great map to work off of.

What is the Best Drone for Mapping?

While making an objective decision on this will be hard, the DJI Phantom 4 Pro ticks all the boxes. It has a very capable camera sensor and can a multi-rotor design. It has a long flight time and a long-distance flight range. Not only does it record in 4K 60 fps, but it also has a good obstacle avoidance system.

It’s also built for elongated use. Hence, there may be no better choice for mapping your environment than the Phantom 4 Pro.

What is the Best Drone for Commercial Use?

The DJI Matrice 100 is considered one of the best drones for commercial use. It has been prepared specifically for companies to map out environments and conduct research. Its price tag is a whopping $3000, which is way over twice the price for regular drones.

The battery can give 40 minutes of flight time, which is already above what most premium recreational drones provide. The controlling distance is decent, around 1.2 miles. This helps track the device over long distances.

The drone is also very stable; hence it will record footage and map out environments much better than similar models. The materials it’s made of make it light and durable as well. With aluminum and plastic build, the drone is very easy to carry. It can also be used within temperature ranges of -10 C and 40 C.

These drones are designed explicitly for photogrammetry. No matter which one you choose, there will be a bit of a learning curve. That being said, the drones are fully-equipped to capture the tiniest of details and accurately map out 3D environments.